The essence of a calibration plot is the linear relation between two variables. How do you decide the degree of linearity to rely on interpretations based on the calibration plot. The points on a calibration line will seldom fall on a perfect straight line. Normally you would use your ruler to draw a straight line which passes through most of the points.

Two measures of expressing linearity of relationship between two variables are :

Correlation analysis – which applies to two independent factors X and Y i.e if X increases does Y also increase, decreases or does not change at all, and

In a calibration plot where all points do not fall in a straight line the linear regression is applied. Line of regression minimizes the distance of residuals in the Y direction between the line and the individual points and passes through the centroid (mean values of X and Y) of the data.

The linear regression line uses method of least squares to establish the relationship between two variables as the best fit straight-line. Most instruments yield a linear response only over a specific concentration range beyond which the response is nonlinear. Choice of correct region is important to minimize errors due to nonlineraity

r value close to 1 indicates a strong positive relationship that is an increase in value of X is accompanied by a corresponding increase in Y.

r = 0 indicates that there is no relation between the two variables.

Often instead of r the coefficient of variance \(r^2\) is used. It indicates the percentage of variation in Y associated with variation in X

For example if r= 0.98 then \(r^2\) is 0.96 which means that 96% of the total variation in Y can be explained by the linear relationship between X and Y. The remaining 4% of variation in Y remains unexplained 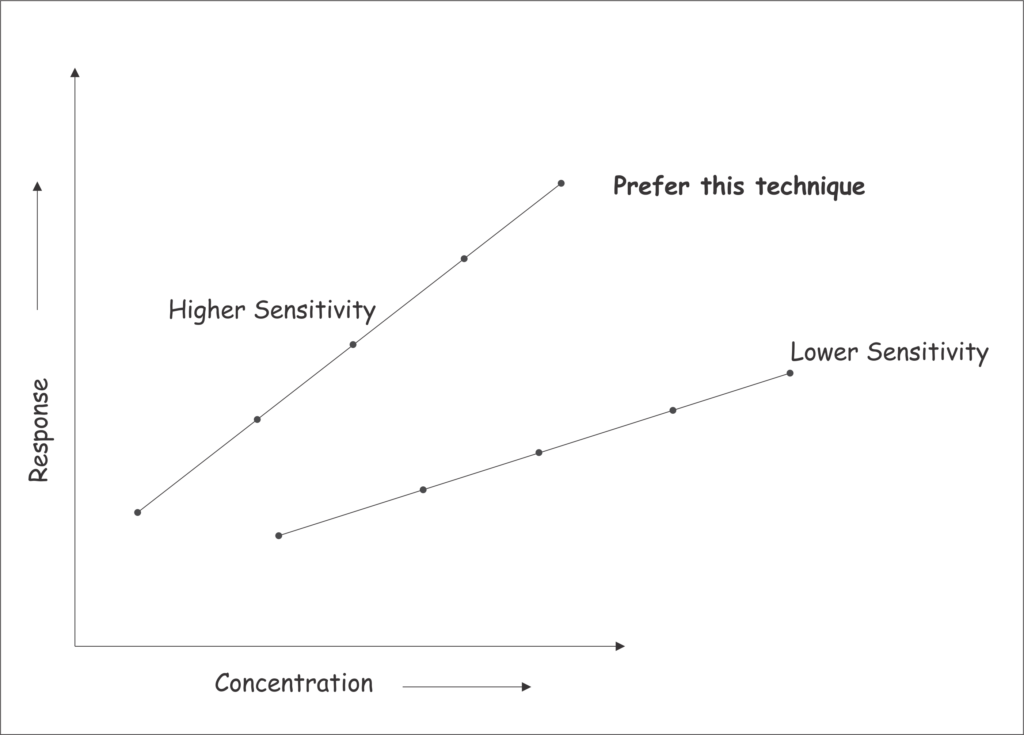 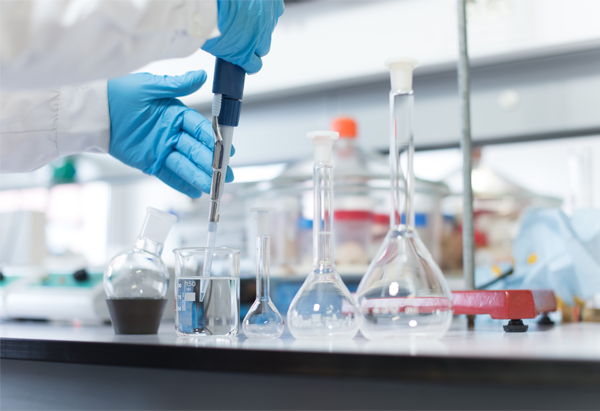 Calibration plots assume great significance in quantitative analysis. It is just not possible to carry out analysis without prior generation of calibration plots. However, it…

Each and every analysis requires choice of a method that will help you achieve the required objectives. In case an established method is available you…