Michelson interferometer is the heart of the FT-IR spectrometer and it has revolutionized infrared spectroscopy to an extent that completely obsoleted the dispersive infrared spectroscopy technique. The reason for this has been the several advantages offered by FT-IR spectroscopy technique. It made possible studies on diverse range of samples such as highly opaque solids, polymer films and gases in low concentrations because of non-reduction of beam size and signal averaging..

It comprises of an arrangement of a fixed mirror and a moving mirror aligned at right angles to each other with the beam splitter positioned in the centre and equidistant from both. The purpose of the beam splitter is to split the incident beam into two parts and recombine it after introducing the path difference due to reflection from the moving mirror. On recombination an interference pattern is created due to the continuous variation of the path difference of the two beams. For a single frequency it is a sine wave with minima when the two beams are 180° out of phase and a maxima when there is no path difference between them. As the incident beam comprises of several frequencies the interference results in a complex interference pattern of numerous sine waves superimposed upon each other. The resulting interferogram comprises of a strong signal at the point corresponding to the point of zero path difference between the two beams and falls off rapidly on either side.

The interferogram generated would make little sense to the spectroscopist so when the mathematical Fourier transform function is applied a familiar plot of signal strength versus frequency or wavelength results. Changes in moisture content or carbon dioxide concentration results in extraneous bands in the ratioed spectrum. Purging the sample compartment with inert moisture free gas is helpful but taking background and simple interferograms alternately and averaging the two during the measurement minimizes such interferences.

The Michelson interferometer reduces time for observing the complete spectrum to seconds in comparison to several minutes it would take in earlier dispersive instruments as all frequencies are scanned simultaneously.The sensitivity is also improved manifold due to short observation periods which facilitates signal averaging. 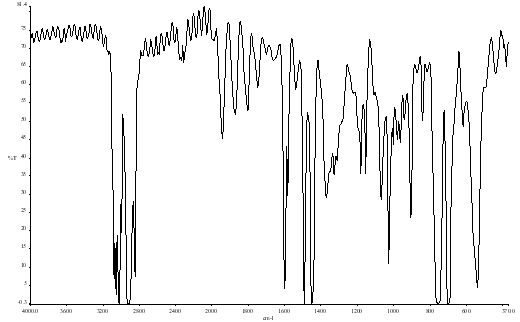 I write this article based on my personal experience as I had an opportunity to use both systems at start of my career. IR spectroscopy…