ICP-MS is acclaimed widely as the most sensitive and accurate technique for analysis of traces metals. It has an established application base in studies on pharmaceutical and food products. However, there are some other areas as well where ICP-MS has made inroads and regulatory bodies across the world have specified ICP-MS as the recommended technique for framing the upper limits of toxic elements in both natural resources and commercially manufactured products. Some such application areas are briefly covered in the article.

Semiconductor devices have contributed significantly to the advances in electronics. The behavior of semiconductor devices is influenced to a large extent by contamination due to some elements in ultra-trace levels. Slight variations in their concentrations can result in marked behavior changes of such devices and can lead to even failure under the required operating conditions. Such impurities can get introduced through water, reagents or presence on the surface of wafers. Unwarranted presence of such impurities can result in operational problems of such devices.

ICP-MS affords detection of metallic impurities in sub-ppm to ppb and even ppt or lower levels. However, utmost environmental control of laboratory, use of highest purity reagent grades and above all personal hygiene make the significant contribution to the reliability of results.

Power generation is not limited to thermal and hydroelectric modes. The alternate energy resources exploited are nuclear, solar energy and tidal energy in coastal areas. Nuclear power plants are a viable and safe option provided required safeguards are in place.

Isotopic ratios of different species can be determined as well when HPLC is also added to ICP-MS. This unique feature helps establish the isotopic ratios of radioactive elements such as Uranium, Thorium, Plutonium and other radioactive species that can result from nuclear fission reactions. This makes ICP-MS a valuable tool for exercising control over radioactive by-product waste, radioactive dating, and monitoring of fuel burn up in the reactors.

In criminal investigations, it is observed that there is an exchange of microscopic quantities of trace metals between the criminal or the crime weapon and the subject of investigation. Such minute quantities can be easily detected in specimens such as broken glass bits, car paint chips, soil, bones, teeth, hair or pieces of clothing  recovered from the scene of the crime . In cases of suspected poisoning, the examination of viscera for heavy metals such as mercury, cadmium, lead can be detected using the ICP-MS technique. The same techniques can be adapted to study the presence of trace metals in body fluids such as blood, urine, etc in clinical studies.

Laser ablation ICP-MS systems find special mention in Geological studies on specimens such as rocks, soils, minerals, water, ice glaciers, metrological specimens and other extra-terrestrial rocks. Such studies help exploit the potential of reservoirs of natural resources and also their feasibility for consumption and refining. Studies on isotope ratios on isotopes lead to studies on geological and climatic aging.

ICP- MS makes it possible to determine metals as well as most of the non- metals present in environmental samples such as air, water and complex vegetable and animal matrices. In industries, ICP-MS is of immense use in getting valuable information on studies on oil leaks, sludges, industrial discharge and solid wastes.ICP-MS is also a recommended technique for trace metal contamination of water used in manufacturing operations and for human consumption.

It can be concluded that ICP-MS offers a vast scope of applications in diverse areas of human activity because of its high speed of analysis and ultra-trace level detection of both metals and non-metals in diverse sample matrices.

Chemicals are the backbone of any laboratory because they are used for manufacturing or testing almost all pharmaceutical products. Yet many people working in the… 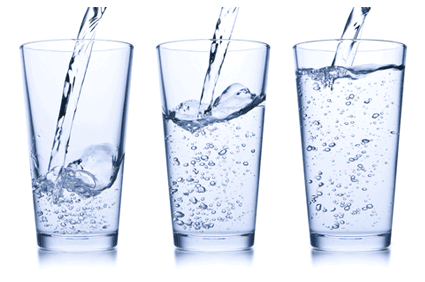 Drinking water is a basic necessity for sustenance of life. We consume more water in comparison to other liquids. It is very important that drinking…