For quite some time, the medical and pharmaceutical industries have driven demand for laboratory services to increasing heights. The demand is such that the need for lab workers, in the United States especially, has grown well in excess of the labor pool average. At last count, there was more than twice as much demand for such workers compared to the average of all other occupations. Although precise numbers are hard to come by, there’s ample evidence that the same is true elsewhere in the world.

The high demand has paradoxically been met by a gradual winnowing of the accredited courses available for students interested in entering the field. In a true catch-22 scenario, these factors are combining into a single self-fulfilling prophecy, and laboratories all around the world are having a difficult time finding qualified people to keep operating.

It is into that dire situation that the global coronavirus (COVID-19) crisis has exploded. It has exposed the industry’s growing weakness by sending a flood of time-sensitive work to labs that are nowhere near equipped to handle it. It’s a problem that’s showing up again and again, hampering efforts at containing the disease and saving lives. It’s also making it clear that countries all around the world have to pull out the stops and do whatever it takes to solve the lab worker shortage for good. Here are three ways they could do so.

One of the solutions to the worker shortage would be to take steps to increase investments in automation technologies to make laboratories less reliant on human labor. Most labs already do this to some extent, with high-speed semi-automated microplate readers and the like. The limitation, though, has been that the technology hadn’t yet been there to automate many of the delicate repetitive tasks that laboratory technicians spend the bulk of their time doing.

Now, however, there’s a growing list of firms on the verge of commercializing laboratory robotics solutions that can handle everything from pipetting to sorting test tubes and myriad other operational functions. The sooner major laboratories adopt these and other available automation technologies, the faster they’ll be able to close the gap between the demand for labor and the available supply.

Even though it’s getting harder, in general, for interested students to find the courses they’d need to get qualified as a lab worker, there’s one place where such courses are readily available: online. Digital learning platforms are putting the necessary coursework within easy reach of interested students if only they know where to find it and had a way to pay for it. Education analysts have proposed altering existing educational financial support programs to cover vocational training – which would make it available to aspiring laboratory technicians.

This is, in fact, what a number of nations already do. In New Zealand and Australia, for example, vocational training is heavily promoted and subsidized. According to Training.co.nz, it’s one of the biggest reasons that online education has thrived in that part of the world. With students given the choice of taking on industry-specific training rather than a college-or bust approach, it’s little wonder that the shortages of laboratory workers in those nations tend to be far smaller than elsewhere.

According to industry analysts, one roadblock in the way of attracting more interested learners to the ranks of those studying to be lab workers is the comparatively low salaries they can expect once qualified. Although the natural forces of supply and demand would typically dictate that as supply has dropped and demand accelerates, salaries would rise commensurately in response. That’s not happening, due in part to the budgetary constraints placed on many private labs.

One way to remedy this is for governments to take steps to raise pay rates for lab workers at publicly-funded facilities. They should also invest in the creation of more such facilities to help meet the demand for services. By doing so, they’d exert force on private labs to increase their own pay scales to continue attracting the best candidates. It’s an effect that would mirror what happens to the broader job market after an increase in the minimum wage. Doing so would help make the field far more attractive to workers and go a long way toward getting more people in training for open positions all over the world.

As the present situation makes clear, the time for action to address the growing shortage of lab workers is now. Failure to do so only increases the odds that another event like the coronavirus pandemic could stretch already-understaffed labs to the breaking point. In the long run, that would devastate multiple industries that rely on labs for research and development or clinical test processing.

The good news is that at long last, those outside the industry are starting to take notice of the issue, which bodes well for the long-term health of laboratories everywhere. Now that it’s become clear that understaffed labs are a critical global health weakness, the odds are high that some of the above measures might be put into action. If that happens, everyone involved will be much better off. 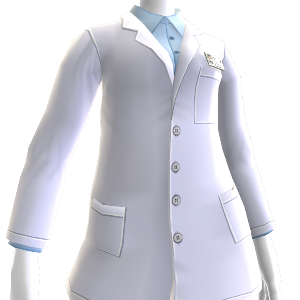