Temperature is defined as the degree of hotness or coldness of a body. In a laboratory temperature measurements are used to establish purity of substances (melting point and boiling point), control over distillation processes, reaction kinetic studies and in several other measurements such as viscosity, density, phase transition studies, determination of flash points of flammable oils, etc.

A liquid in glass thermometer is the most commonly used temperature measuring device used in laboratories. This thermometer has a glass bulb attached to a sealed glass tube, known as the stem or capillary tube.

A bore, which is a very thin opening, exists from the bulb and extends down the centre of the tube. The bulb is filled with liquids like mercury or red-coloured alcohol.

A liquid should have the following desirable properties for use in glass thermometers:

The two commonly used liquids are mercury and alcohol

Mercury in glass is the most predominant temperature measurement device in laboratories as it meets requirement of most common applications.

Mercury remains in liquid state from \(-39^0C to 357^0C\) and has all the desired properties listed above. Its only disadvantage is its toxicity and requires special cleanup procedures in case of breakages. Mercury is used mostly in glass thermometers because –

Alcohol in glass thermometers finds major applications in measurement of low temperatures as alcohol has a freezing point of \(-114^0C\) and a boiling point of \(78^0C\).

Its use above ambient temperatures is not recommended as it is not as good a conductor of heat as mercury and expands more than mercury. As alcohol is colorless a dye is added to aid clear visibility.

Apart from mercury and alcohol, other liquids such as Pentene, Toluene and Creosote are used in glass thermometers.

Various techniques such as bolting, riveting, fastening are used to bond two layers of diverse metals in a bimetallic strip. The bimetallic strip is attached to the pointer of a measuring instrument or a position indicator.

The mechanical action from the bimetallic strip can also be used to activate a switching mechanism for getting the electronic output. Usually, welding is done to make the process. As there are two metals used to construct a bimetallic strip, the instrument is called a Bimetallic Strip thermometer.

This process is one of the oldest techniques to measure temperature. They are fully compatible to work at quite high temperatures i.e. up to 500°F or 260°C.

The working principle of bimetallic thermometer depends on the two fundamental properties of the metal.

Probe thermometers have specially designed probes to permit immersion or penetration in viscous or semi solid porous materials such as oils, grease and foods.

Apart from use in laboratories such thermometers are used in manufacturing industries, food catering establishments and retail outlets. Probe thermometers are provided with digital display and are portable for convenience of use by field staff.

There are two types of probe thermometers. Fixed probes offer a pen-like structure and are often cheaper and simpler to use, whereas, wired probes are often more complex with at least a 1-metre cable and extra features.

Probe thermometers are portable and are very easy to use with simple displays. Probes do vary in size, material, and manoeuvrability. Wired probe thermometers maximise utility without compromising accuracy. It has a variable measurement range, resolution and accuracy.

The non-contact feature of this thermometer makes it one of the best tools for measuring extremely low or high surface temperatures. Out of all thermometers, these thermometers can be the most complex to use due to issues like spot-size and emissivity.

They are used in the automotive trade and air conditioning systems. Manufacturing processes which involve extreme temperatures also find this thermometer useful.

Electronic thermometers detect temperature changes using a thermosensitive device. It assesses electrical resistance variations which are then converted to temperature changes. This device is either a thermistor or a thermocouple which is incorporated into the tip of a probe.

Thermistors are very small in size and thus respond rapidly to changes in temperature. The current flow from a thermistor is translated into a temperature reading, which is further displayed on a digital readout.

Temperature data loggers can be set for temperature recording and display on continuous basis or at pre-set time intervals. The data output can be in digital or graphical formats and can be shared online or stored for subsequent review.

Such devices find use in storage areas of temperature sensitive chemicals and standard reference materials as well in stability chambers used for evaluating shelf life studies.

Platinum resistance thermometer or PRT finds global acceptance as a temperature measurement and calibration reference standard because of its high accuracy and precision of measurements.

This type of thermometer is one of the specialised and niche types of thermometers. These are used in laboratories and industrial processes which deal with extreme temperatures. ‘K-type’ typically refers to the probe metal composition.

Each probe has a specific purpose and is divided into the categories of air, liquid, penetration and surface probes. Applications that need high precision make the most use of this thermometer.

Their most notable feature is the ability to facilitate a range of interchangeable plug-in probes.Being a lab technician, how many have you actually used? Well, we will be glad if you learnt something new today. 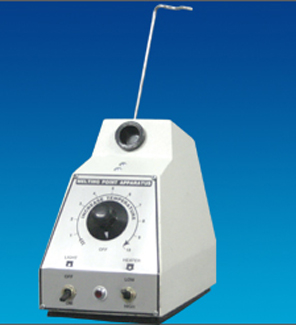