The era of UHPLC or fast LC started in 2004 when sub 2 – μm particles were introduced. Typically modern ultrafast UHPLC columns are 15 mm long with an internal diameter of 2.1 mm in comparison to typical HPLC columns which are 150 – 250 mm long with 4.6 mm id.

The advantages of UHPLC could be realized only after technological advances in instrumentation permitted operation at higher pressures up to 15,000 psi against normal operational column pressures of 5000 – 6000 psi. Advancements in electronics and detector signal processing also permitted recording of fast signals and narrow peaks.

All major manufacturers came up with versions of UHPLC or fast LC some of which are listed here:

Columns packed with sub-2μm particles generate high-back pressures which are not tolerated by standard HPLC instruments. Innovations in design led to the range of UHPLC instruments capable of withstanding high pressures. The problem was resolved through development of core shell particles which provided increased resolution and greater sensitivity as UHPLC systems but at a significant lower cost.

Core shell or spherically porous particles as HPLC sorbents were introduced by Horvath and co-workers in late 1960s and comprised of 30 – 50 μm nonporous glass spheres coated with 1 to 2 μm thick porous organic layer. Around same time Kirkland fused porous spherical particles to a 10 μm solid core. 5μm particles were developed in 80s. Advanced Material Technologies introduced the 2.7 μm core shell particles and in the years after 2007 others also introduced a range of core shell particles packings ranging in sizes from 1.3 μm-2.6 μm. In the year 2009 Phenomenex introduced spherical shaped particles with smooth surface under the trade name Kinetex.

Superior performance on both HPLC and UHPLC systems

Very high resolution and efficiency. Number of theoretical plates for such columns lie in the range of 200,000 to 300,000

High flow rates lead to generation of frictional heat. Core shell particles are effective in dissipation of heat generated by mobile phase passing through the column at high velocities

Lower levels of detection and quantification

Replacement of traditional 3 μm and 5μm analytical separation packings with core shell packings can result in significant improvements in resolution, sensitivity and speed of analysis.

You may be interested in knowing more on core shell column suppliers. Please see the links provided and do share your experiences with us. 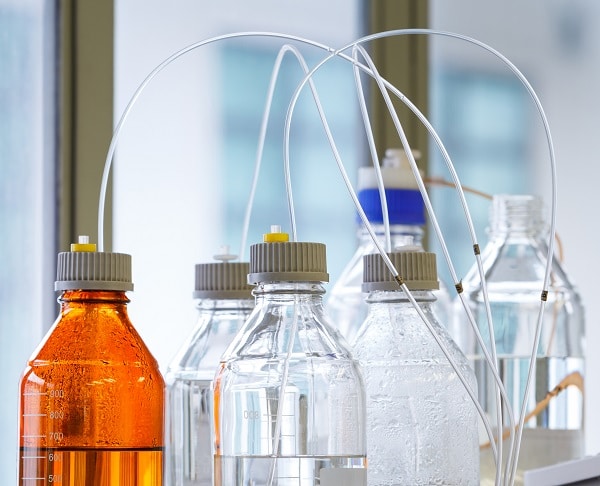