The choice of a Capillary Gas Chromatography column is based on four important considerations:

Separation sequence of eluting compounds depends upon physico – chemical interactions between the compounds and the stationary phase. Each phase has specific interactions with different groups of analytes moving in the carrier gas stream. It is not intended to cover individual stationary phases in this brief article. Only general observations are being made.

Thick films increase the residence time of the compound in the Gas Chromatography column. Compounds with very high volatility require more residence time to prevent co-elution and should be analysed using thicker films.

In this article we have examined the role of factors which are non-specific in nature which govern choice of a capillary column. The ultimate choice is covered by the nature of compounds to be separated and the required detection levels.

Please do share your experiences and observations and leave your comments. 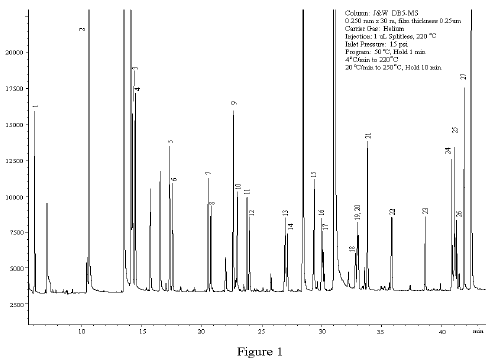 As a Gas Chromatographer your key objective is to get the best possible resolution of component peaks of the injected sample. Have you ever pondered over…