Under normal GC operation a single column is mounted inside the column oven. This works fine with most common laboratory separations involving limited number of sample constituents (say,5 – 10). However, as the number of components having similar boiling points increases a single column is generally not sufficient to give the required resolution between the chromatographic peaks.

A complex sample containing hundreds or even thousands of components of varying volatilities may need very long columns , say, several kilometers and run times of over a year for a single chromatogram to give desired resolution between separated peaks. Multi dimensional chromatography comes to the rescue of the chromatographer when such challenging separations are encountered.

Multi dimensional GC makes use of more than one column, usually, two columns. Sample first gets partially resolved in the first column with non-polar characteristics. A portion of the eluent stream is led to the second short length polar column with narrow bore id. This arrangement helps resolve closely spaced peaks emerging from the primary column.The second column is kept short so as to facilitate a fast separation but at same time to achieve a meaningful resolution of overlapping peaks of compounds eluted by the first column.

Multi dimensional GC has found use in resolving isomeric compositions and complex mixtures in analysis of flavours/fragrances, petrochemicals and organohalogen pesticides in environmental samples. The technique offers benefits such as improved resolution and speed of analysis but requires highly sophisticated data handling software and expertise in transfer of elements from one column to the other. 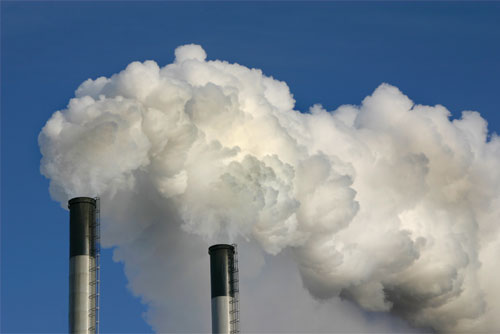