It is a well-known fact that ordinary white light comprises of a mix of different wavelengths or colours. We are all familiar with the different colours of the rainbow which are in fact different colours comprising white light. White light is seldom used as such in spectroscopic analysis though of visible light source is a common component of a UV – VIS spectrometer. Untreated white light from such a source provides little useful information on the chemical composition of materials.

What Is a Spectrometer?

The most common type of spectrometer that is used for research is optical, like the dispersion of light through a prism. If someone mentions “spectrometer” without adding a qualifier, they are usually referring to an optical spectrometer.

How Does an Optical Spectrometer Work?

To gain maximum information, the emission of light or the interaction should be stated as a general feature and a normal function of wavelength. If the accurate wavelength section is not important, you can opt for low-cost spectrometers; here, the optical filters will isolate the wavelength according to the interested region.

If the accurate wavelength is a priority, you will want to use a dispersive element that manages to separate light into a generation spectra and constituent wavelengths.

All modern spectrometers include the dispersion of light, it’s a diffraction grating that has destructive and constructive interference. These interferences are used to separate the polychromatic light, spatially, on the grating.

All spectrophotometers have excitation monochromators, they are used for selecting the desired exiting wavelength to reach the white light source sample. The spectra are measured by changing the signal as a function of excitation wavelength and by scanning the monochromator.

There are two approaches used to detect emitted light by a sample. The first approach includes an emission monochromator, it takes in the light source from a sample and the monochromator selects which wavelength reaches the detector.

The second approach includes detecting a spectrum of dispersed light, simultaneously; this is done by using an array detector, which is called a spectrograph.

Once you have understood what a spectrometer is and the role it plays in the dispersion of light, we can now learn about the various types of spectrometers, their basic designs, and their roles. The three common spectrometers include Raman spectrometers, spectrofluorometers, and spectrophotometers.

The Raman spectrometer is used for spectroscopic analysis of light from a sample. The white light and excitation of the prism monochromator are replaced with a laser; there are two reasons for this.

Firstly, ‘Raman’ is a scattering effect and the light is not absorbed by the sample. Hence, you won’t need a broadband tunable light source to match the absorption features. Secondly, the Raman effect is weaker than fluorescence and sources that include a high photon flux.

This is also known as Fluorescence/Photoluminescence Spectrometer and is used to measure the fluorescence emission from a sample. There is a general convention that the spectrofluorometer is a compact benchtop instrument and its size is similar to the spectrophotometer.

The excitation side of this unit is similar to the spectrophotometer, which means it includes a white light source and an excitation monochromator. The arc lamps are used as the light source because it has a high brightness range which can be useful to measure any weak fluorescence emission.

This term can be used to describe a variety of tools that are used to measure light, the exact definition depends on the scientific area or industry. The term ‘photo’ is used for the spectrometer because it helps with the quantitative measurement of light intensity with wavelength.

The common measurement taken by this instrument is measuring the absorption sample spectrum. This is where the scanning of the excitation monochromator takes place, it also monitors the change in light intensity when transmitted through a sample.

Understanding the Dispersion of Light in a Spectrometer

The incident beam of white light needs to be resolved into its constituent wavelengths before it can provide relevant chemical information on molecular structure and composition of materials. The basic property of maximum absorbance at specific wavelengths by different chemical entities is the basis of chemical estimation in routine laboratory analysis using the rapid optical spectroscopic analysis techniques.

A prism is a triangular block of glass or quartz with smooth polished surfaces which is used to disperse the incident light beam into its constituent wavelengths or colours.

Glass absorbs light in the UV region and is not used for absorbance studies in the wavelength range from about 200- 350 nm wavelength range. On the other hand quartz can be used over both UV and visible regions. However, though prisms offer lower-priced dispersion medium they suffer from nonlinear dispersion at longer wavelengths, i.e. the, at the upper end in the visible region, say, from 600 – 800 nm and the dispersed wavelengths appear to be clubbed close together

Gratings are plane surfaces on which grooves are etched and the distance between the etched grooves or lines are of the order of wavelengths of the light to be dispersed. The gratings are costlier than prisms but offer advantage as the dispersed light is free from any non-linear distortions over the wavelengths dispersed.

A monochromator is an arrangement of optical elements used in a spectrometer to isolate the desired wavelength bands for carrying out spectroscopic analysis.

Entrance Slit – the broadband light from the light source is collimated to a narrow beam depending on the width of the entrance slit which is then led to a concave mirror that reflects and spread the beam over the surface of the grating.

In order to isolate the wavelength band of interest and to select the optimum width of exit slit it is always helpful to carry out trial absorbance measurements before taking the final observations under optimum conditions. 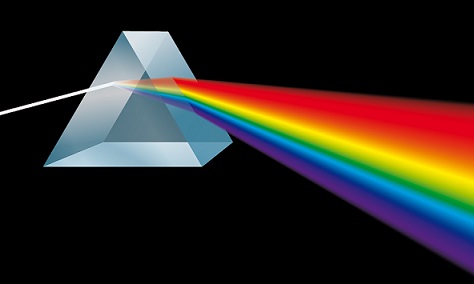 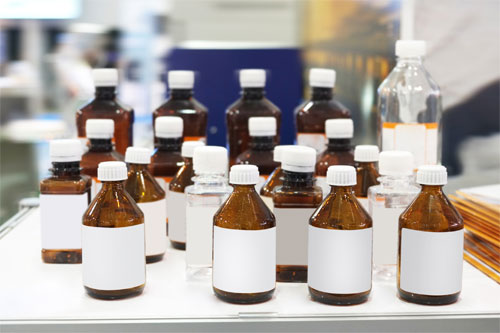